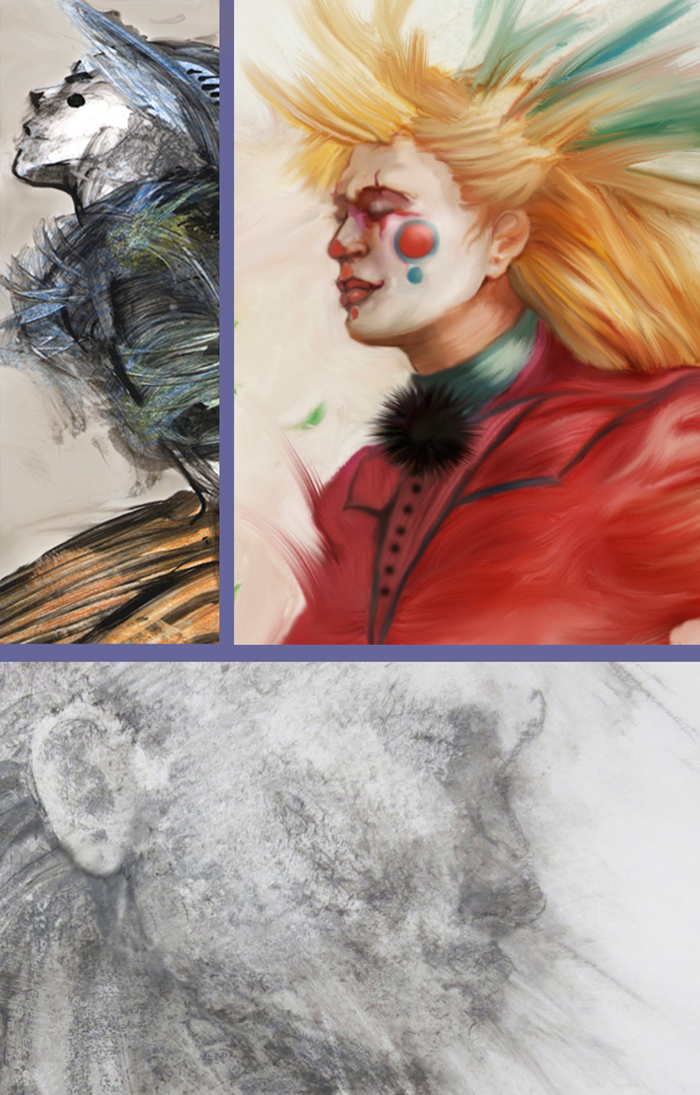 Patricia Cullen Raine, formerly Patricia Cullen Clark, has been an illustrator, caricaturist and graphic designer for over 25 years. Born in Lakewood, Ohio, she earned a Bachelor of Fine Arts Degree from Miami
University in Oxford, Ohio.

Early in her career, Patricia moved to Guam (as then-wife of a Navy pilot), where she became a reporter/illustrator for the Pacific Daily News, a Gannet newspaper serving Guam and the Marianas Island chain. Under her byline, she wrote daily human interest articles and in-depth feature stories. She also developed her pen & ink caricaturist style while depicting local and international politicos. After her stint at the paper, Patricia then joined an ad agency on the island and contributed her skills as a designer, illustrator, copywriter and jingle writer/performer for clients that included Hilton Hotels and Mobil Oil.

Patricia then relocated to the Washington, DC area and continued her work in full-time and free-lance capacities as an assistant art director and designer/ illustrator for major associations. Since 1986, she has worked exclusively as a free-lance illustrator.

Patricia produced caricatures for the weekly ‘Washington whispers’ column in U. S. News & World Report for nearly 3 years and was signed by Editor’s Press Service Syndicate in New York City to produce international political caricatures. She also became a regular contributor to the Washington Post, specifically the Book World section. Her literary caricatures grace the personal collections of Pat Conroy, Garrison Keillor and the families of the late Robertson Davies and the late Norman Cousins.

Patricia’s work has been honored by the Society of Illustrators and by several national illustration, graphic design and print organizations.

Patricia regularly presents a thought-provoking film and talk, which partially chronicles her own experiences with the multi-dimensional perception known as “synesthesia”—a condition that, as with many musical and visual artists, informs her work.

A portion of the proceeds from sales of her work and from teaching go to support organizations that help children at risk.